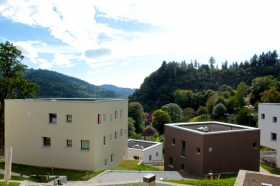 The United World Colleges are based on a worldwide unique educational concept: We welcome students from a deliberately diverse range of backgrounds and experiences – a cross section of socio-economic backgrounds, cultures, religions and nationalities. As with the already existing 14 UWCs in Europe, Asia, Africa and America, students at UWC Robert Bosch College are confronted with central issues of humanity: intercultural understanding, peace and sustainable development. Kurt Hahn, co-founder and teacher, made these the core elements of UWC education when he founded UWC in 1962. 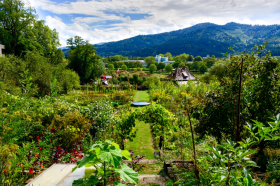 Students aged between 16 and 19 from around 90 different nationalities study and live together for two years, and will complete the International Baccalaureate Diploma Programme (IB) in English at the end. The IB is an internationally recognized high-school diploma qualifying students to attend universities across the globe. Living and learning together on a daily basis, students will get to understand themselves in a global context. Community service and engagement are necessary for the completion of the IB programme and play a vital role in college life. 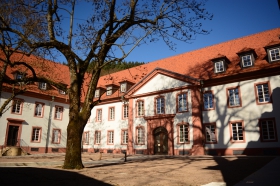 In Germany, the German National committee is responsible for the selection and admission of applicants. All students are chosen solely on the basis of their personality, talent and potential to thrive at a UWC. Our selection is needs-blind, so that students who might otherwise not be able to take up their place receive a scholarship. This ensures diversity and allows students to partake in the UWC-experience – regardless of their family´s socio-economic background.

The college has built a convincing team of teaching and administrative staff with strong professional background and international experiece. Read more about our staff here. 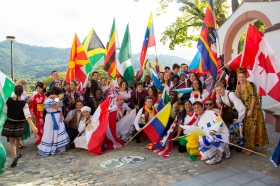 The city of Freiburg is ideally suited to providing an inspiring and unique learning experience for students interested in and focusing on sustainability, environment and technology. This matches very well with the pedagogical orientation of UWC Robert Bosch College.

The city has established its reputation as “Green City” through its progressive environmental policies and political as well as civic commitment to renewable energy. Hence, there are numerous possibilities for cooperation with locally and regionally based environment-related companies, think tanks, universities, institutes and organizations in Freiburg.

The first United World College in Germany is significantly supported by the state of Baden-Württemberg, the B. Braun Melsungen AG and the city of Freiburg.